To be clear, I haven’t been fond of this holiday for years. Ever since I became an adult and had to endure costume parties where girls dressing up as cops or fire fighters equalled a bra and tutu, it’s been a life struggle.  Sure this is partially due to the fact I could never get away with this look in public, but whatever😀. I still can’t stand it.

Some love for the holiday appeared when the boys arrived. Decorating for the holiday, carving pumpkins just like my dad, serving a themed meal just like my mom, and the hope of watching my kids bring home tons of candy (and me stealing the good ones).  Last year, Ford strongly disliked trick or treating….it took longer to get him in the “Jake and the Neverland Pirates” costume than he spent outside.  It was cold, wet, and the spooky house a few doors down didn’t help at all!  Of course I knew this year would be different because his little brother could tag along. But the more time I spend thinking about that now, the more I worry and ponder how one allergy has really flipped his life upside down.

I have asked myself 100 times….do I even let him try to trick or treat?  And how will he act at his school party surrounded by treats he can’t have? In all honesty, I know he will not realize a difference now….but I do.  And I don’t like imagining him left out.  The hardest part for me this week has been understanding why I can’t bring peanut butter in to the school party, but bringing wheat is A-OK. I know a peanut reaction can be different, but could we not even recommend that all treats be gluten free too?  Just in his class??  I don’t ask for much.  I don’t think I was overbearing when the diagnosis came out. I don’t ask for daily reports on how he was handled.  We couldn’t just add “gluten free treats are recommended” to the sign up sheet?  Maybe I am asking for too much here.  But it just sucks.

Our house will be handing out gluten free goodies this year…starburst and skittles.  And for your reference, my two fav candies on earth (tootsie rolls and Peeps) also score on the gluten free list!  And Reese’s cups–Nathan’s favorite.

One thing I didn’t do….We don’t have a teal pumpkin on the porch. I was an awful mom and didn’t take the kids to a pumpkin patch this year where I could have picked one up.  Unless you count the area of the Home Depot parking lot blocked off bales of hay and stacks of pumpkins a patch.  Yep, don’t judge And if I didn’t have time to go to the pumpkin patch, I also didn’t have time to handpaint a pumpkin😅. Plus I haven’t moved past how it feels like a scarlet letter. I am just overly sensitive this year because it is all new. Next year we will probably have 20 teal pumpkins and I wil give tips to other parents in Pierce’s class on where to get cheap GF treats that he can eat too. This year, I am obsessive, bitter party of 1.

One day I will stop being obsessive, right?  I am sure it all calms down with time. For now, I will secretly get mad about school parties and scope his candy bag for rogue gluten.  But I do look forward to seeing them dressed up enjoying jack-o-burgers, brains (Mac n cheese) and flaming ghost eye cake on Halloween night. 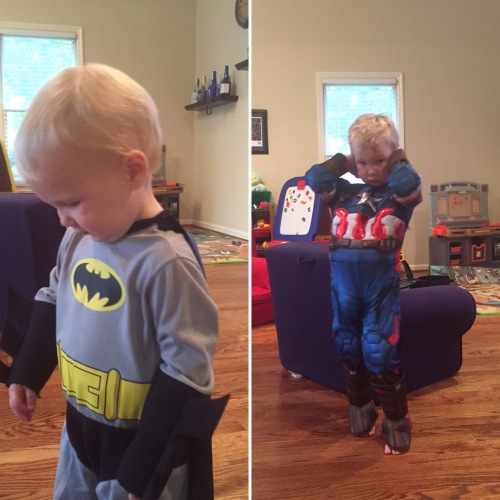 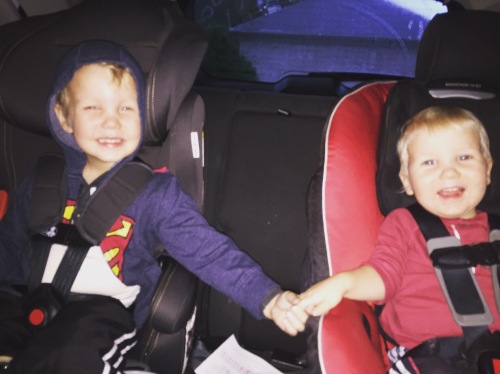